Sardina freskue! continues the company’s interest in the sea and women’s place in it. After the net-menders, now it is the turn of Santurce’s sardine-sellers. A profession that has left us the legacy of a famous song well-known in the Iberian peninsula and beyond. We wish to pay tribute to these women, so that their appreciated work and their great charisma are not forgotten, and to this end the smell of the sardine will have a leading role during the performance. Sardina freskue! is a fresh, aromatic and humorous dance-theatre piece in which the involvement of the audience is looked for in certain moments when, if they want so, the spectators will have the opportunity to make a decision on the proposals launched by the interpreters.

Sardina freskue! Was premiered on May 17, 2019 in the Leioa Umore Azoka. 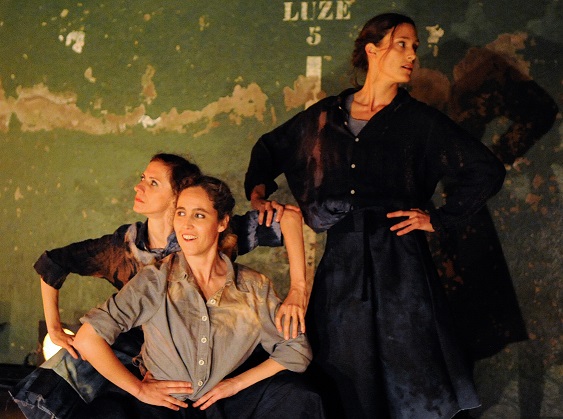